More than meets the eye!  Behind each of the forward firing 12″ woofers there is a a matching driver mounted internally in a patented coupling arrangement.  And… a 15″ passive radiator that fires downward through the slot at the base of the cabinet.

Yes, those are the same tweeters that were in the six figure priced Wilson speakers.  Again, hidden from sight is a matching tweeter in the rear of the cabinet with a volume control.  The forward firing midrange drivers and tweeters have volume controls on the baffle for custom tuning as well.

These were hugely popular whenever they were played in our Cupertino showroom.  We sold many pairs for $6995.

They are built by Michael Edwards in Silicon Valley.  Michael is a clarinet player.  He says that no other loudspeaker satisfied what he “felt” when he was sitting in the orchestra.  His engineering skills brought him to this design.

We sold a pair to a client in San Jose who created a difficult situation with his neighborhood.  The neighbors called the police so many times to complain about the sound levels that he was forced to negotiate.

He agreed to play his system at specified times of the week only.  He also installed heavy wooden covers for his sound room windows.

Although they can play at dangerous levels for your hearing they are also very efficient at lower volumes with small powered amplifiers. Music retains a full dynamic range with extremely low bass response at low volumes too.

This pair was built for a family member who will never have space for them.  They have been in storage unused for a long time.

They will require custom crating and pallets for long distance shipping.

Please use the quote button to place an offer. 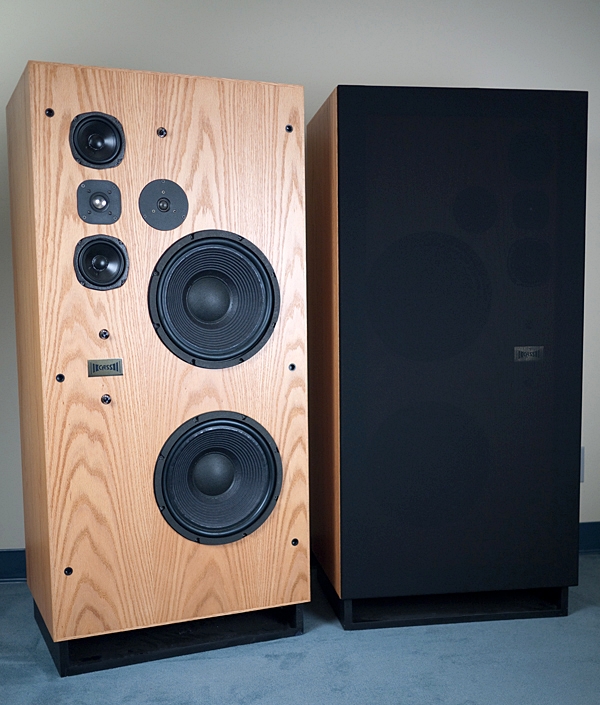